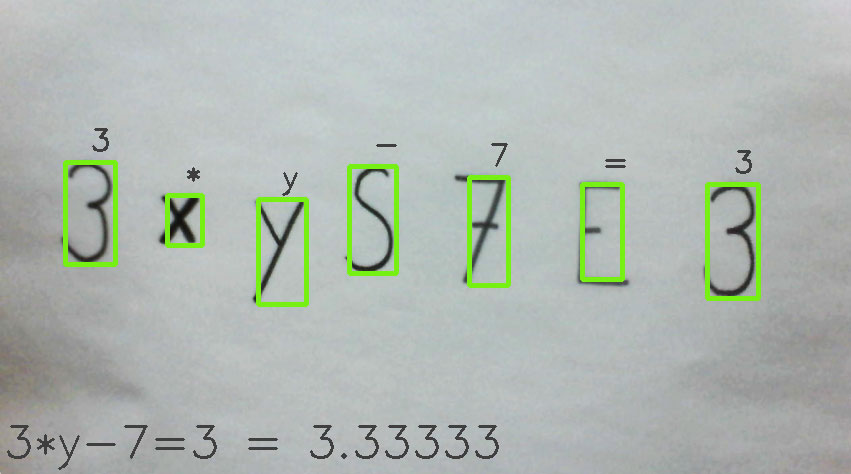 As a proof of concept of AI for Interactive Media, an idea sprung to mind to build an optical equation solver. Using a camera and computer vision (OpenCV), we built an app which detected written letters and signs real-time. A multilayered perceptron neural network would then classify an image chunk as a character using optical character recognition (OCR), which could then be used in our equation solver. With this solution, a user can write close to any expression or equation containing known operators and let the application compute an answer.

In short, the process is divided into three parts:

We would like to use third party cookies and scripts to improve the functionality of this website.That's okay.